Posted on September 10th, 2010 by admin
in Uncategorized 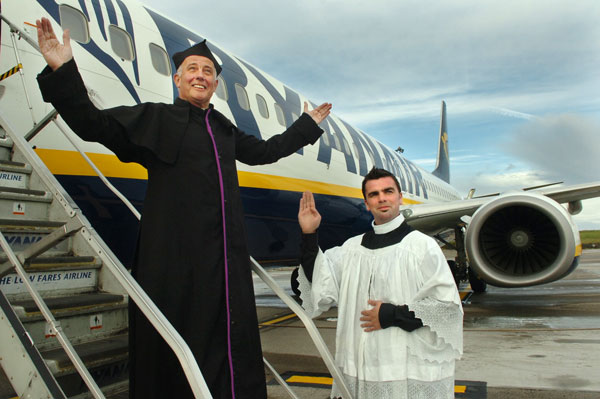 The story of how a west of Ireland priest convinced the Irish government to build an airport in the middle of a disadvantaged, depopulated region in East Mayo when the country was in dire financial straits will be retold when ‘On A Wing and a Prayer – The Musical’ takes to the stage.

Author Terry Reilly, who wrote the best-selling book On A Wing and a Prayer, has adapted the work for a stage production that will bring to life the many herculean undertakings and amazing achievements of Monsignor James Horan, parish priest of Knock, told in word and song.

The event will have its world premiere in November at the Royal Theatre, Castlebar, Co Mayo. All proceeds from those four shows (which run from November 25-27, 2010) will go to the Mayo/Roscommon Hospice Foundation.

The musical traces the career of Monsignor Horan (1911-1986) whose life was spent addressing the spiritual and temporal needs of his flock. He got houses fixed, roads repaired, forests planted, challenged the authorities, and even built a ballroom of romance to which Old Nick was reputed to have paid a visit – without paying the admission fee!

Monsignor Horan transformed Knock Shrine into a major pilgrimage attraction by building up a range of amenities and erecting a major Basilica, and he was instrumental in bringing, in 1979, Pope Paul II to mark the Centenary of the Apparition.

His last great fight, his biggest and most controversial campaign by far, was when he started, at the age of 70, to build an international airport in 1981 on what was described as ‘a foggy, boggy hill’. His raison d’être for the airport was to provide badly needed infrastructure for an impoverished, neglected region. Initially Government blessed his enterprise, but then did a series of U-turns as the tide of Dublin 4 opinion turned, forcing the withdrawal of Exchequer support and leaving an ageing a parish priest to raise many millions to finish his final project.

He succeeded in opening his dream airport in 1986, but the effort hastened his demise and he passed away in Lourdes a few months later. Ironically, his coffin was the first into Knock Airport as thousands flocked to pay homage to their hero. Of course, his vision, his dream, succeeded as he said it would. In the interim millions of people have used it and enjoyed it, with countless jobs being created in an area once known as the Black Triangle in East Mayo. 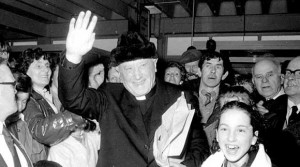 On A Wing and a Prayer – The Musical is a tribute to the heroic endeavour
of an old man in a hurry. It also heralds the 100th anniversary of his birth to be celebrated in May 2011.