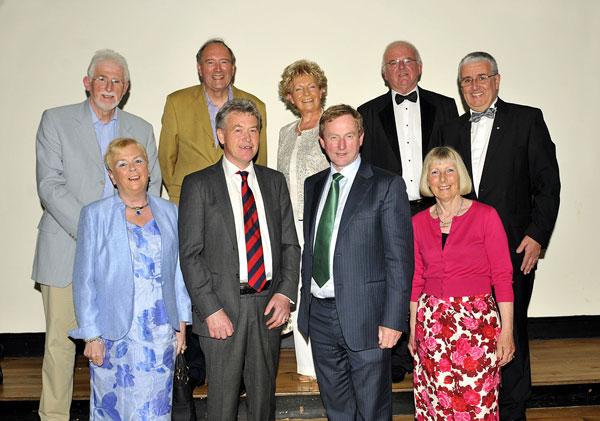 Taoiseach Enda Kenny and his wife Fionnuala were given a rousing reception when they attended On a Wing and a Prayer The Musical in the Royal Theatre, Castlebar, on Saturday night.
The Taoiseach said it was a wonderful production and he took time out to meet the cast and members of the audience after the show.
Also in attendance was Jim Fahy, Western Editor RTE and his wife, Christina, while on the Thursday night the attendance included RTE newscaster Michael Murphy.
All expresed themselves as highly impressed by the show which was co-written by Terry Reilly and Tommy Marren, and has a 125-strong cast of talented volunteers.
Proceeds from the show and the DVD which has just been launched, go to the Mayo Roscommon Hospice.