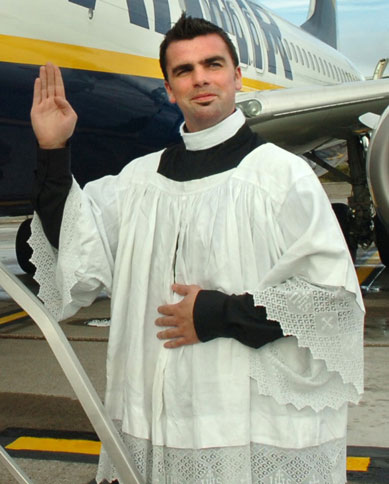 Patrick Lacken from The Quay, Ballina, is 24years-old but is no novice to the stage having played principal roles in several musical productions over the past few years including Jesus Christ Superstar, Miss Saigon, Little Shop of Horrors, & Grease. He was a student of St Cecilia’s School of Song for ten years and continued this training studying classical music at DIT’S Conservatory of Music and Drama after he finished school.

He has known great personal success in competition both at local and national level but by far one of the biggest achievements to date was representing Ireland at the World Championships of Performing Arts in Hollywood in 2009 where he brought home individual medals and the world championship title as part of the winning group Realta. Patrick is also a soloist with the renowned Ballina based Gospel Choir ‘Rejoice’.

“He is at his musical best performing on stage, so when somebody has talent and a will to share it with the world it makes my job easy,” says his vocal coach and mentor of many years, Lavinia Gilmartin. Patrick is delighted to be part of this venture and happy to be part of raising awareness and much needed funds for the Mayo Roscommon Hospice.